CSI's home city of Christchurch has once again been rocked by a significant M5.7 quake, 15 km to the east of the city and 15 km deep. Although in line with the generally expected aftershock decay pattern (following the M7.1 Darfield quake of September 2010), the current shock was the largest experienced by the city since December 2011.

Fortunately, despite occurring during a busy Sunday lunchtime, there were no casualties and only minimal damage. All key infrastructure and other buildings protected by CSI building monitoring systems remained fully operational. The data provided by our systems again demonstrated its critical importance in allowing our customers to manage their assets: "We were using the information from mid-afternoon yesterday so very useful!" – Neil McLennan, Engineering Services manager, Lyttelton Port Company.

Economic impact in the city due to on-going business interruption remains considerable. Many retail and commercial businesses were evacuated and closed for the remaining half-day of Sunday. Some remain closed today (Monday), awaiting engineering inspection. This includes the major shopping facilities in the east of Christchurch, and some schools. Again this reinforces the importance of using CSI systems to provide instant, accurate data to support evidence based decisions.

Based on past experience, the quake is likely to re-energise the aftershock sequence, so it seems we are in for another period of heightened seismic activity.... GeoNet estimate the probability of another M5+ quake to be in the order of 25% (over the next week / month) to 63% (over the next year).  (see GeoNet here).

CSI can reduce the exposure of your business to these risks now; organisations using CSI Systems make instant evacuation and re-entry decisions, have the lowest business interruption costs, report high owner/occupant confidence, and gather data to enable faster, better insurance settlements and accelerate repair decisions and work.  Contact us at sales@csi.net.nz if you're interested in how we can help you.

Peak ground acceleration measured by our CUSP-3 instruments across the city is shown below (data from GeoNet). The majority of the city experienced shaking levels around 0.1-0.25 g (MMI ~VI-VII), peak being recorded at New Brighton of just under 0.4g (MMI VIII).  Also shown is the  the earthquake trace recorded in our office in Addington - recorded PGA was 0.094 g. 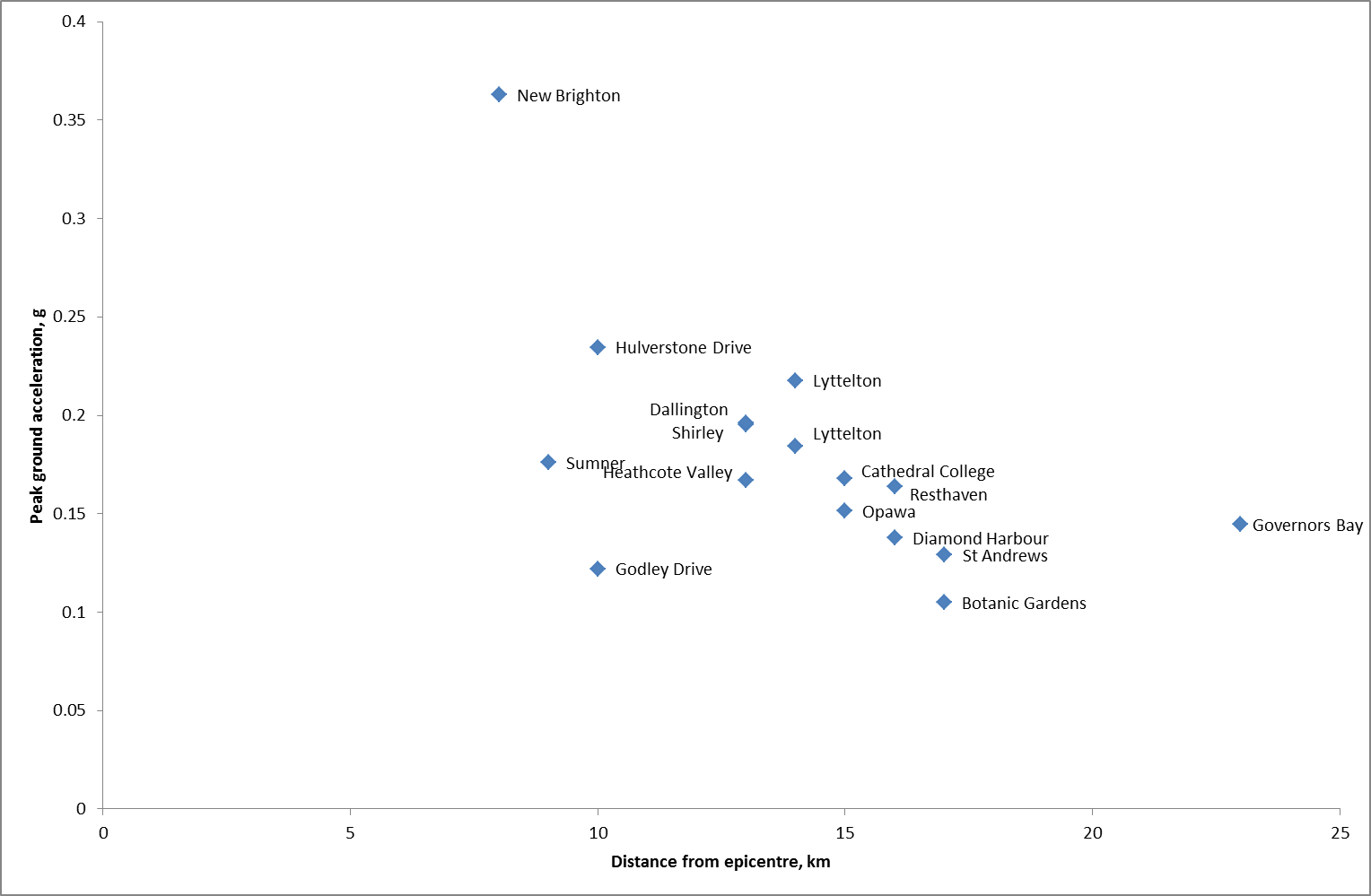 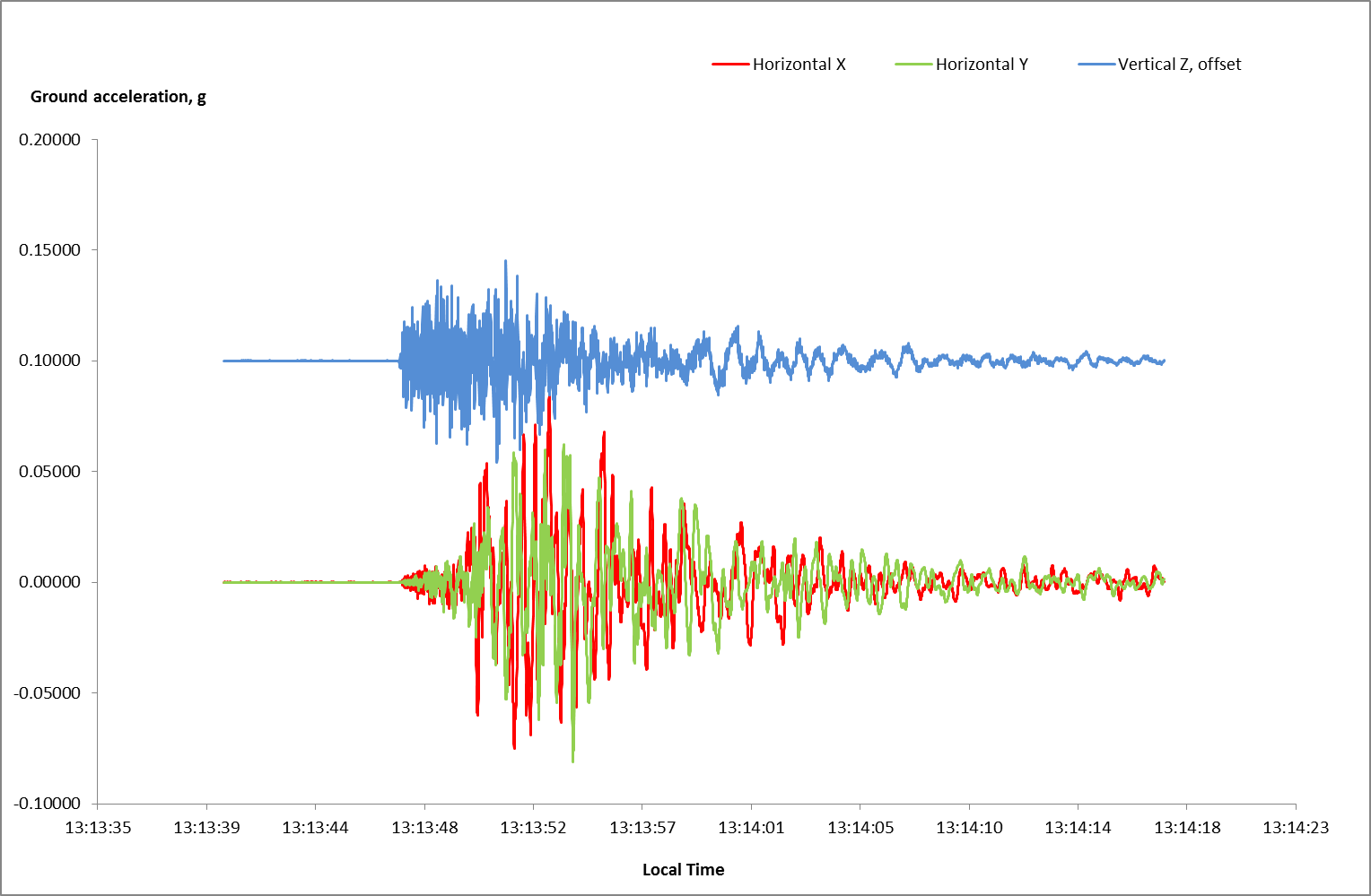